I am born and raised in Poland, yet since late 90s I am connected with the Netherlands and Dutch culture. After receiving my MA degree in Dutch Literature and Culture in 2003 from the Polish university in Wrocław, I moved to Groningen where I was admitted to the PhD programme at the department of Arts, Culture and Media studies. In 2010 I moved to Amsterdam and became connected with several Dutch and Polish-Dutch academic, cultural and social circles. Moreover, from 2014 onwards I established close ties with couple of German academic institutions in Göttingen, Jena and Munich.

I entered academia as a Polish scholar specialised in the Dutch literature and culture. Yet after starting my academic career in the Netherlands, Polish history and culture and its resonance in transnational perspective became focal points of my research. My research touches upon aspects as contemporary history, literature and media in a totalitarian context, cultural encounters between Western and Eastern Europeans and particularly the dynamics of post-Holocaust Jewish identities in the Western and in the Eastern Europe, before and after the 1989-revolutions. It also reflects on different memory cultures in different parts of Europe.

My PhD thesis titled Polished cinema was based on an extensive archival research in Poland and dealt with the Polish postwar cinema in the age of communist censorship and during the transition period.

As a post doctoral researcher I worked several years for the NIOD Netherlands Institute for War, Holocaust and Genocide Studies and as NIOD-researcher I received in 2013 an KNAW-award for young scholars. Later on, I was also awarded research fellowships at the Göttingen Institute of Advanced Studies to contribute to the research project and new critical edition of the diaries of Anne Frank (to be published with Cambridge University Press). In 2017 I was Imre Kertész Kolleg-research fellow in Jena and in 2018 I am research fellow in the Center for Holocaust Studies at the Institute for Contemporary History in Munich.

OTHER PROJECTS AND ACTIVITIES

In autumn 2017 I contributed to the new exhibition that is currently under construction at the Memorial and Museum Auschwitz-Birknau. I conducted archival research in the Netherlands and selected documents which will be included in the exhibition. Earlier, in January 2017, I contributed to the making of a documentary film on Poland's history. For this assignement I searched Dutch photo- and film archives to identify unknown and little known film footage and photographic material featuring scenes and events from Poland.

Moreover, I regularly participate, organise or coordinate Polish-Dutch cultural events. To name a few: In 2016 I was one of the editors of the International Festval Read My World in Amsterdam, during which I was solely resposible for an evening programme with Frank Westerman and Polish writer Olga Tokarczuk. In 2017 I organised literary events in the Netherlands with Polish writer Katarzyna Bonda in The Hague and journalist Kamil Baluk in Amsterdam. Last two events were organised together with the foundation Literatura, a non-profit organisation which I co-founded in 2014 with Polish-Dutch literature translators. The foundation aims at promoting Polish writers and books in the Netherlands as well as bringing Dutch and Flamish literature to the Polish reading public.

firm grasp of East and West 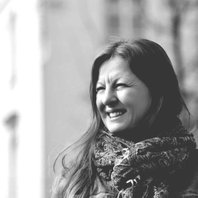